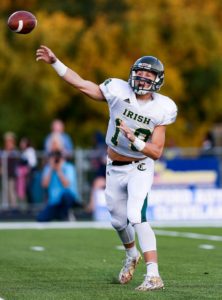 Congratulations to Catholic Quarterback Jack Sompayrac for being recognized and nominated by 3 different news outlets for player of the week. Sompayrac threw for 249 yards and two touchdowns on 15-of-27 passing in Catholic’s win against Cleveland High School last Friday. He was nominated for the Week 4 PrepXtra Offensive Player of the Week, TN Prep Weekly Helmet Sticker, as well as WVLT Varsity All Access Player of the Week.

Here are the top 10 football teams in the Knoxville area after Week 10. 1. Maryville (9-0): Maryville shut out McMinn County’s offense, which was …